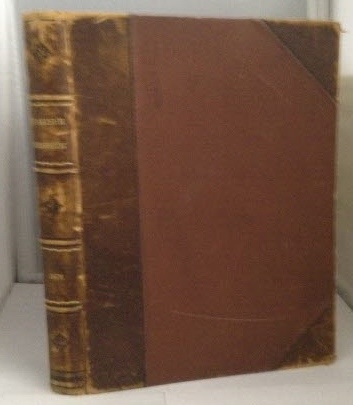 B&W Illustrations; Full Title: Illustrirter Katalog der Pariser Welt-Ausstellung: 2 Teil in 1 Bd (Illustrated Catalogue of the Paris World Exposition: Two volumes bound in one -- Volume One: Arts Industries, Volume Two: Machine Technology). This is a folio sized volume in a three-quarters leather binding. The book is in Very Good to Near Very Good+ condition and likely issued without a dust jacket. The book and its contents are in mostly clean, bright condition. The leather portions of the covers have some rubbing, edge wear and bits lost at the ends. The leather is a bit dry as well. The rust colored cloth has some rubbing, ground-in dirt and spotting. The text pages are mostly clean and bright, but there are spots of foxing throughout. The bottom edge of the pastedowns have portions of toning. There is some tidemarking / foxing to the bottom edges of most text pages. The text of this book is entirely in GERMAN. One page of text in the first volume (page 79-80) has a significant chunk missing by the spine. The first half of this volume covers "Art Industries - pottery, textiles, glass, furniture, metalwork, and more. The second half of this volume covers the area of machinery and technological innovations -- all of them are entries to various competions at the 1878 Paris World Exposition. (World's Fair) "This exposition was on a far larger scale than any previously held anywhere in the world. It covered over 66 acres (270,000 m2) , the main building in the Champ de Mars and the hill of Chaillot, occupying 54 acres (220,000 m2). The Gare du Champ de Mars was rebuilt with four tracks to receive rail traffic occasioned by the exposition. The Pont d'Ina linked the two exhibition sites along the central alle. The French exhibits filled one-half of the entire space, with the remaining exhibition space divided among the other nations of the world. Germany was the only major country which was not represented, but there were a few German paintings being exhibited. The United States exhibition was headed by a series of commissioners, which included Pierce M. B. Young, a former United States Congressman and major general in the Confederate States Army, as well as other generals, politicians, and celebrities." 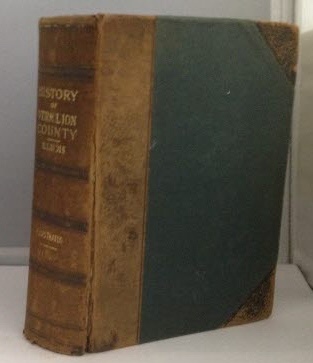 History of Vermilion County Illinois A Tale of Its Evolution, Settlement and Progress for Nearly a Century Volume ONE 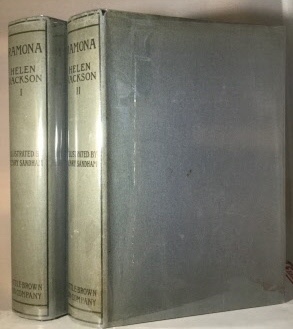 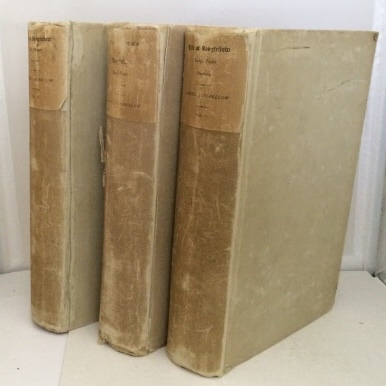 A Practical Guide To Embossing And Die Stamping Together with Explanatory Text on Copperplate....

The Stones of Paris In History and Letters (2 volume set)