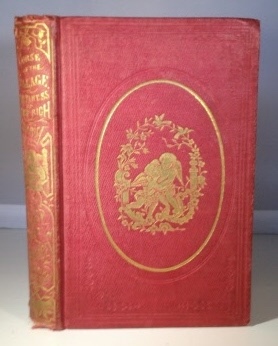 The Curse Of The Village, The Happiness Of Being Rich, And Blind Rosa Three Tales

By: Conscience, Hendrik (translated From The Original Flemish)

This book is in Very Good condition and was issued without a dust jacket. The book and its contents are in mostly clean, bright condition. The spine ends and corners of the book covers have some light bumping, rubbing and fraying. The text pages are clean and bright. The endpapers have noticeable generalized foxing. There is a small square sticker to the top front endpaper. "Henri or Hendrik Conscience (3 December 1812 – 10 September 1883) was a Belgian author. He is considered as the pioneer of Dutch-language literature in Flanders, writing at a time when Belgium was dominated by French among the upper classes, in literature and government. Conscience fought as a Belgian revolutionary in 1830 and was a notable writer in the Romanticist style popular in the early 19th century. He is best known for his romantic nationalist novel, De Leeuw van Vlaenderen (1838) , inspired by the victory of a Flemish peasant militia over French knights at the 1302 Battle of the Golden Spurs during the Franco-Flemish War."

Title: The Curse Of The Village, The Happiness Of Being Rich, And Blind Rosa Three Tales

The Curse Of The Village, The Happiness Of Being Rich, And Blind Rosa Three Tales