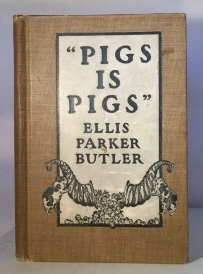 B&W Illustrations; This book is in Very Good+ condition and was likely issued without a dust jacket. The covers have some edge wear, rubbing and nicking. There is some ground-in dirt to the covers in general, and a couple of small spots of rubbing to the front cover illustration. The text pages are clean and bright, with the exception of a couple of small spots of foxing beginning. The illustration page has two tiny pokes where someone used a stapler. There are five full page black and white illustrated plates (including the frontispiece). Overall, a very nice clean, bright early copy. "Mike Flannery, the Westcote agent of the Interurban Express Company, leaned over the counter of the express office and shook his fist. Mr. Morehouse, angry and red, stood on the other side of the counter, trembling with rage. The argument had been long and heated, and at last Mr. Morehouse had talked himself speechless. The cause of the trouble stood on the counter between the two men. It was a soap box across the top of which were nailed a number of strips, forming a rough but serviceable cage. In it two spotted guinea-pigs were greedily eating lettuce leaves." "Ellis Parker Butler (1869 -- 1937) was a native of Muscatine, Iowa. Dropping out of high school to help support the family he worked in a number of jobs including ones in a spice mill, an oatmeal mill, a china store, and a wholesale grocery. During this time he submitted material for publication, some of which were accepted. Moving to New York City in 1896, he began writing for trade magazines such as the Tailor's Review, the Wall Paper News, and The Decorative Furnisher. In 1905, his humorous short story, "Pigs is Pigs" appeared in the American Magazine, and the following year it was published in book form. Its phenomenal success allowed Butler to give up editing trade papers and turn to full-time authorship. It would remain his most popular work. "

Illustrator: Illustrated by Will Crawford

Mike Flannery On Duty And Off 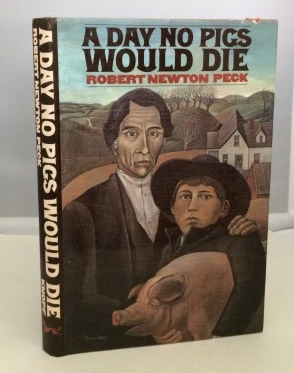 A Day No Pigs Would Die

By: (Illustrated by Howard Pyle) 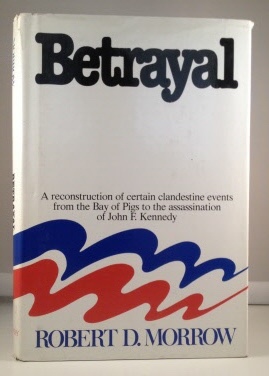 Betrayal A Reconstruction of Certain Clandestine Evens from the Bay of Pigs to the Assassination of John F. Kennedy