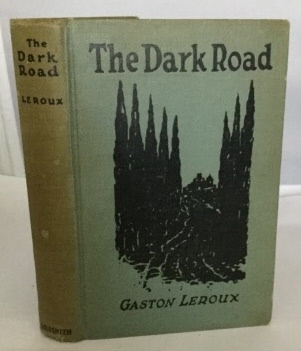 This book is in Very Good+ condition and is lacking a dust jacket. The book and its contents are in generally clean, bright condition. The spine ends and corners of the book covers have some light bumping, rubbing and beginning fraying. The spine and edges of the book covers have noticeable toning / darkening. The text pages are clean and bright. There is a previous owner's bookplate (Frances Rasmussen) on the front pastedown page. The endpapers have some generalized toning and there is a beginning crack (approx. 1" ) to the front inner hinge. "Gaston Louis Alfred Leroux (6 May 1868[1] 15 April 1927) was a French journalist and author of detective fiction. In the English-speaking world, he is best known for writing the novel The Phantom of the Opera (Le Fantme de l'Opra, 1910) , which has been made into several film and stage productions of the same name, notably the 1925 film starring Lon Chaney, and Andrew Lloyd Webber's 1986 musical. His novel The Mystery of the Yellow Room is also one of the most famous locked-room mysteries ever....He suddenly left journalism in 1907, and began writing fiction. In 1919, he and Arthur Bernde formed their own film company, Socit des Cinromans, to publish novels simultaneously and turn them into films. He first wrote a mystery novel entitled Le mystre de la chambre jaune (1908; The Mystery of the Yellow Room) , starring the amateur detective Joseph Rouletabille. Leroux's contribution to French detective fiction is considered a parallel to Sir Arthur Conan Doyle's in the United Kingdom and Edgar Allan Poe's in the United States. "