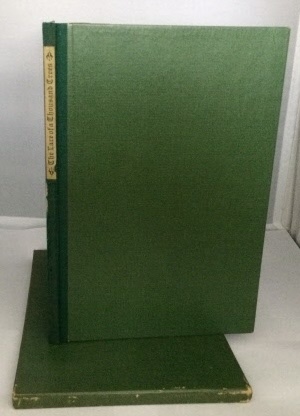 The Lace Of A Thousand Trees And Other Lyrics

By: Young, Waldemar (with An Introduction by Edward F. O'Day)

B&W Illustrations; Limited to 350 copies, this is number 258. This copy has been signed, with a short inscription by the Publisher John Henry Nash. It also includes Nash's bookplate on the front pastedown page. This book is in Very Good+ to Near Fine- condition and includes a slipcase in Very Good condition. The book and its contents are in mostly clean, bright condition. There is some beginning bumping and edge wear to the spine ends. The rear spine joint cloth has an inch long spot of beginning fraying. The text pages are clean and bright. The slipcase has some edge wear and rubbing to the corners and along with foredges. "He was born in Salt Lake City, Utah and died in Hollywood, California from pneumonia. Waldemar was a grandson of Brigham Young. He was also a brother of Mahonri Young. Young joined the staff of the Salt Lake Herald after he graduated from High School. He then went to Stanford University starting in 1900. At Stanford he played on the football team. He majored in English but also studied economics and history. Young did not finish his studies at Stanford. Instead he took jobs with the San Francisco Chronicle and the San Francisco Examiner. In 1912 Young married Elizabeth Haight, who was a great-niece of early California Mormon leader, Sam Brannan. Young started into films by writing comedy routines for Franklyn Farnum and Brownie Vernon. In the 1920s he often worked on films with Lon Chaney, Tod Browning and their editor Errol Taggart. In the 1930s Young wrote several screen plays for Cecil B. De Mille." ; Signed by Associated

Title: The Lace Of A Thousand Trees And Other Lyrics

The Lace Of A Thousand Trees And Other Lyrics