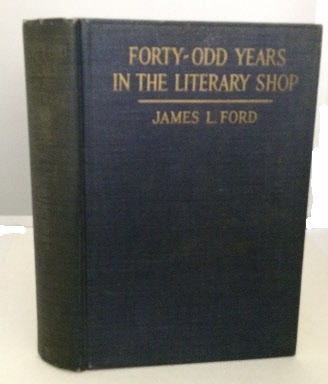 Forty-odd Years In The Literary Shop

B&W Illustrations; SIGNED EDITION. This book is in Very Good to Near Very Good+ condition and is lacking a dust jacket. The book and its contents are in mostly clean, bright condition. There are several spots of ground-in dirt to the front cover. The gilt lettering on the spine has dulled. The text pages are clean and bright. This copy has been signed by the author on the reverse of the frontispiece. "Born in St. Louis, a son of James K. And Louisa Livermore Ford, James L. Ford attended a school in Stockbridge, Mass. At the age of 16 he came to New York and started his half century and more of writing with a job on the Railway Gazette. In his book, "Forty-odd Years in the Literary Shop," published in 1923, he told with his characteristic satiric humor and shrewd observation of his manifold experiences as an author in this city. Mr. Ford's service with the Herald ended with the sale of the newspaper to Frank A. Munsey. Since then he had been a "free lance," writing for magazines and newspapers many kinds of articles and reviews, the latter chiefly concerned with books. Ten years ago it was necessary to cut off one of his legs, and three years afterward the other. Two years ago he became blind. But he did not cease writing until five weeks ago, a few days before the doctors ordered him to the hospital. And this beginning of the end of his long fight came shortly after the happiest day of his life, when he was brought up to the city to a friend's house and was made the guest of honor at a celebration attended by nearly every important man and woman in the literary and dramatic worlds of the city." ; Signed by Author

By: Michener, James A. 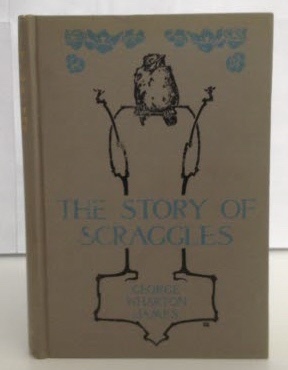 The Story of Scraggles Together with Saint Francis, Saint Scraggles and Saint James

The Children Of Men 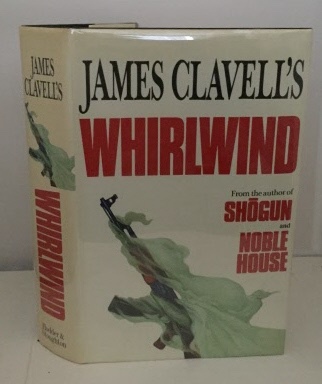 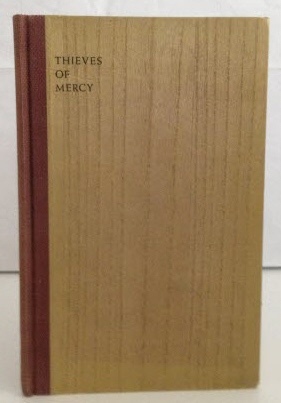 Escape From Kathmandu / Two Views Of A Cave Painting

By: Robinson, Kim Stanley / James P. Blaylock (with An Introduction by Tim Powers Or Dean Koontz)

Forty-odd Years In The Literary Shop