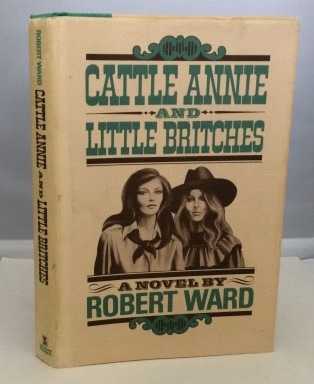 This book is in Fine condition and has a Very Good+ dust jacket. The book and its contents are in clean, bright condition. The text pages are clean and bright. The dust jacket has two small semi-closed tears and some beginning ground-in dirt. "Robert Ward is an American writer. He is a native of Baltimore currently living in Los Angeles. Ward has numerous credits as novelist, teacher, journalist, screenwriter, producer, and actor. Shedding Skin was published in 1972 after taking five years to complete. Ward worked on it for two years while living in a hippie commune in the Haight-Ashbury district of San Francisco. He destroyed the first draft of the manuscript before moving back to Baltimore where he began working on it once again. In 1968, in the aftermath of the assassination of Dr. Martin Luther King Jr. , he escaped the North Ave. Riots in Baltimore with only his manuscript and guitar before his block was burned down. Some chapters from Shedding Skin were published in the Winter 1970 Carolina Quarterly. Shedding Skin was published by Harper & Row in 1972. After publication it won the National Endowment of the Arts award for first novel of exceptional merit. Cattle Annie and Little Britches was adapted into a movie in 1981 that was directed by Lamont Johnson. Ward adapted his own novel. It saw some favorable responses from critics, including praise from The New York Times, before being pulled from theaters after only one week."