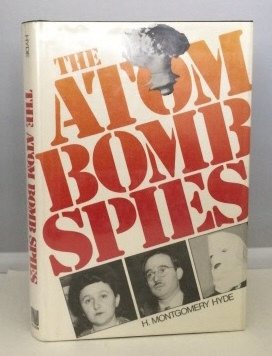 B&W Photographs; This book is in Fine condition and has a Very Good+ dust jacket. The book and its contents are in clean, bright condition. The text pages are clean and bright. The dust jacket has some light ground-in dirt and a spot of blue ink on the rear cover. "In 1945, Igor Gouzenko, a Russian cipher clerk working in the miliary intelligence branch of the Soviet Embassy in Ottawa, defected to the West. He took with him over one hundred top secret documents that revealed a spy network in North America, a network that had supplied the Soviet Union with the secrets of the atom bomb." "Gouzenko exposed Joseph Stalin's efforts to steal nuclear secrets, and the technique of planting sleeper agents. The "Gouzenko Affair" is often credited as a triggering event of the Cold War, with historian Jack Granatstein stating "Gouzenko was the beginning of the Cold War for public opinion" and journalist Robert Fulford writing "I am absolutely certain the Cold War began in Ottawa". The New York Times described Gouzenko's actions as having "awakened the people of North America to the magnitude and the danger of Soviet espionage."