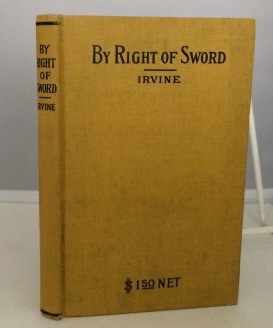 This book is in Very Good condition and was possibly issued without a dust jacket. The book and its contents are in generally clean, bright condition. The front cover of the book has some ground-in dirt and spotting / foxing. The spine ends and corners of the book covers have some light bumping and rubbing. The text pages are clean and bright. "Among the Pacific Coast writers, Mr. Leigh H. Irvine, author of the Iron Highway...and others, is attracting attention throughout the country, by the strong and masterful manner in which he is placing the various labor and other problems before the people. It is often a fact that labor reformers and writers who address themselves to the wage-earner fail to make themselves understood..." "Although some U. S. States began abolishing the death penalty, most states held onto capital punishment. Some states made more crimes capital offenses, especially for offenses committed by slaves. In 1838, in an effort to make the death penalty more palatable to the public, some states began passing laws against mandatory death sentencing instead enacting discretionary death penalty statutes. The 1838 enactment of discretionary death penalty statutes in Tennessee, and later in Alabama, were seen as a great reform. This introduction of sentencing discretion in the capital process was perceived as a victory for abolitionists because prior to the enactment of these statutes, all states mandated the death penalty for anyone convicted of a capital crime, regardless of circumstances. With the exception of a small number of rarely committed crimes in a few jurisdictions, all mandatory capital punishment laws had been abolished by 1963. (Bohm, 1999) "

Title: By Right Of Sword A Defense of Capital Punishment, Based on a Searching Examination of History, Theology and Philosophy