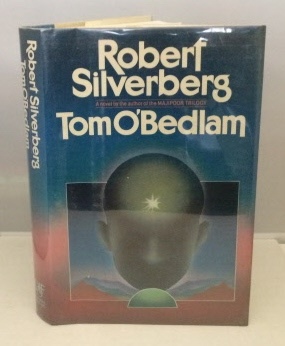 Cover Art; This book is in Fine condition and has a Near Fine dust jacket. The book and its contents are in clean, bright condition. The text pages are clean and bright. The dust jacket is crisp and clean with the exception of some light toning to the dust jacket flaps. "It is A. D. 2103. Tom O'Bedlam, like the wandering character in the medieval ballad, - Tom O'Bedlam's Song, - feigns madness as a sane means of survival in a high-tech, post-industrial world. Only Tom knows that his - insanity - is his way of coping with the extraordinary powers he possesses - powers that enable him to send his mind out across unimaginable gulfs of space, touring other worlds and capturing them in his unconsciousness." "After suffering through the stresses of a thyroid malfunction and a major house fire, Silverberg moved from his native New York City to the West Coast in 1972, and he announced his retirement from writing in 1975. In 1980 he returned, however, with Lord Valentine's Castle, a panoramic adventure set on an alien planet, which has become the basis of the Majipoor seriesa cycle of stories and novels set on the vast planet Majipoor, a world much larger than Earth and inhabited by no fewer than seven different species of settlers. In a 2015 interview Silverberg said that he did not intend to write any more fiction. Silverberg received a Nebula award in 1986 for the novella Sailing to Byzantium, which takes its name from the poem by William Butler Yeats; a Hugo in 1987 for the novella Gilgamesh in the Outback, set in the Heroes in Hell universe of Bangsian Fantasy." 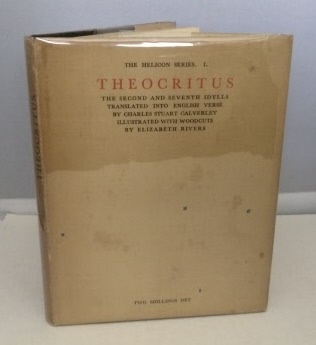 Theocritus The Second and Seventh Idylls