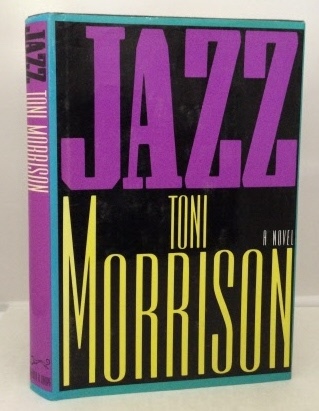 Cover Art; This book is in Very Good+ condition and has a Fine dust jacket. The book and its contents are in mostly clean, bright condition. There is a bit of beginning bumping and fading to the spine ends and corners of the book covers. The text pages are clean and bright. The dust jacket is crisp and clean. This is the Pulitzer prize winning author's sixth book. "In 1975, Morrison's new novel Sula (1973) , about a friendship between two black women, was nominated for the National Book Award. Her third novel, Song of Solomon (1977) , brought her national acclaim. The book was a main selection of the Book of the Month Club, the first novel by a black writer to be so chosen since Richard Wright's Native Son in 1940. Song of Solomon won the National Book Critics Circle Award. At its 1979 commencement ceremonies, Barnard College awarded to Morrison its highest honor, the Barnard Medal of Distinction, for writing novels that create "a new vision of American life. ”Morrison gave her next novel, Tar Baby (1981) , a contemporary setting. In it, a looks-obsessed fashion model, Jadine, falls in love with Son, a penniless drifter who feels at ease with being black. In 1983, Morrison left publishing to devote more time to writing, and lived in a converted boathouse on the Hudson River. She taught English at two branches of the State University of New York and at Rutgers University: New Brunswick Campus. In 1984 she was appointed to an Albert Schweitzer chair at the University at Albany, The State University of New York."