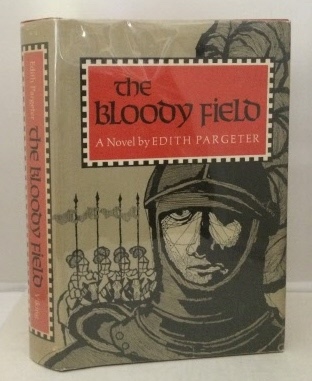 Cover Art; This book is in Fine condition and has a Very Good+ to Near Fine - dust jacket. The book and its contents are in clean, bright condition. The text pages are clean and bright. The dust jacket is mostly clean and bright, but does have some ground-in dirt and toning to the rear panel, along with some beginning rubbing to the top rear edge. "Here is that rarity, a historical novel that brings real figures back from the royal tombs and the scrolls of history, renders them utterly human and important to us, and yet remains wholly faithful to the known record. It is the story of the three English Henrys: He of Lancaster, the grim and haunted Henry IV; his son, the teen-age Prince of a restive Wales, the shining Hal; and Hal's beloved mentor, the magnetic and chivalrous Henry Percy, whom men and history dubbed Hotspur." "Edith Mary Pargeter, OBE, BEM (28 September 1913 14 October 1995) , also known by her nom de plume Ellis Peters, was an English author of works in many categories, especially history and historical fiction, and was also honoured for her translations of Czech classics; she is probably best known for her murder mysteries, both historical and modern. She is well known for her medieval-detective series The Cadfael Chronicles."