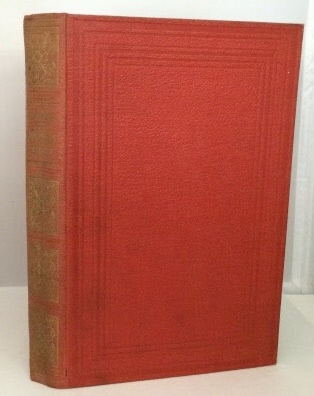 B&W Illustrations; The text is entirely in FRENCH. This book is in Very Good- condition and is lacking a dust jacket. The spine ends of the book covers have light torquing and bumping, along with noticeable fading to the entire spine. The text pages are generally clean, but do have noticeable toning to the edges due to the acid content of the pages. "Nicolas Camille Flammarion FRAS[1] (26 February 1842 3 June 1925) was a French astronomer and author. He was a prolific author of more than fifty titles, including popular science works about astronomy, several notable early science fiction novels, and works on psychical research and related topics. He also published the magazine L'Astronomie, starting in 1882. He maintained a private observatory at Juvisy-sur-Orge, France. " "As a young man, Flammarion was exposed to two significant social movements in the western world: the thoughts and ideas of Darwin and Lamarck, and the rising popularity of spiritism with spiritualist churches and organizations appearing all over Europe. He has been described as an "astronomer, mystic and storyteller" who was "obsessed by life after death, and on other worlds, and [who] seemed to see no distinction between the two." He was influenced by Jean Reynaud (18061863) and his Terre et ciel (1854) , which described a religious system based on the transmigration of souls believed to be reconcilable with both Christianity and pluralism. He was convinced that souls after the physical death pass from planet to planet, progressively improving at each new incarnation."