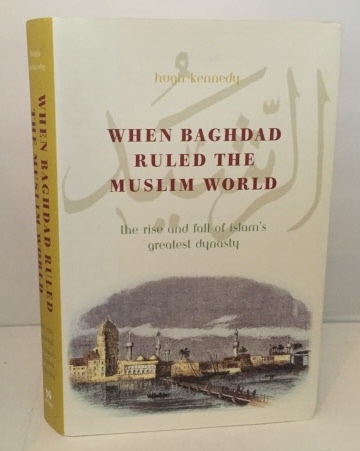 B&W Illustrations; This book is in Fine condition and has a Fine dust jacket. The book and its contents are in clean, bright condition. The text pages are clean and bright. The dust jacket is crisp and clean. "Baghdad was the center of the Arab caliphate during the "Golden Age of Islam" of the 9th and 10th centuries, growing to be the largest city worldwide by the beginning of the 10th century. It began to decline in the "Iranian Intermezzo" of the 9th to 11th centuries, and was destroyed in the Mongoliangb cf c invasion in 1258. The city was rebuilt and flourished under Ilkhanid rule but never rose to its former glory again. It was again sacked by Timur in 1401 and fell under Turkic rule. It was briefly taken by Safavid Persia in 1508, before falling to the Ottoman Empire in 1534. With the dissolution of the Ottoman Empire, Baghdad fell under the British Mandate in 1920 and became the capital of the independent Kingdom of Iraq in 1932 (converted to a Republic in 1958)."

Title: When Baghdad Ruled The Muslim World The Rise and Fall of Islam's Greatest Dynasty

By: Dudgeon, A. G. Air Vice-Marshal