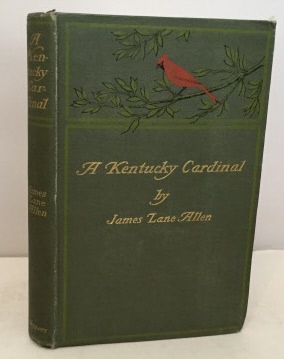 B&W Illustrations; This book is in Very Good+ condition and is lacking a dust jacket. The book and its contents are in mostly clean, bright condition. The spine ends and corners of the book covers have some light, bumping, rubbing and beginning fraying. The text pages are clean and bright. There is a previous owner's gift notation on the front endpaper. "James Lane Allen (December 21, 1849 – February 18, 1925) was an American novelist and short story writer whose work, including the novel A Kentucky Cardinal, often depicted the culture and dialects of his native Kentucky. His work is characteristic of the late-19th century local color era, when writers sought to capture the vernacular in their fiction. Allen has been described as "Kentucky's first important novelist." "