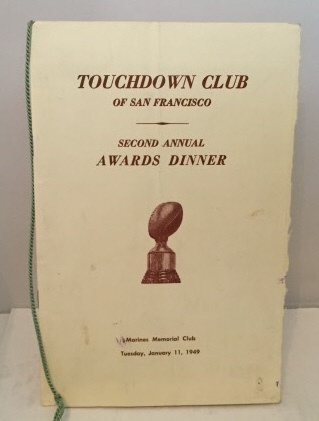 SIGNED EDITION. This menu has been signed by Quarterback Frank Albert of the San Francisco 49ers. This is a trade sized menu with cardstock covers and a stapled spine with additional string binding. The menu is in Very Good condition and was issued without a dust jacket. The menu covers have creasing and several spots of ground-in dirt and discoloratoin. The text pages are generally clean and bright. There is a pasted on newspaper clipping to the front inside cover of the menu. This copy has been signed by quarterback Frank Albert of the SF 49ers. "Frank Cullen Albert (January 27, 1920 – September 4, 2002) was an American football player. He played as a quarterback with the San Francisco 49ers in the National Football League. Albert attended Stanford University, where he led the 1940 football team to an undefeated season and the Rose Bowl. Many who saw Frankie Albert in action credit him as being the greatest left-handed quarterback ever to play the game." Albert was on the program as the Outstanding Professional Player, along with Don Sessions (lineman) , Marvin Crews (back) , Vern Sterling (College Lineman) , and, Jack Jenson (college back). 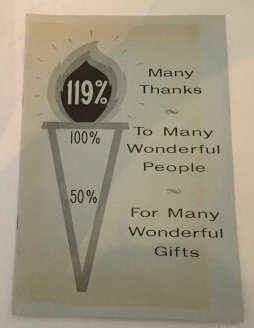 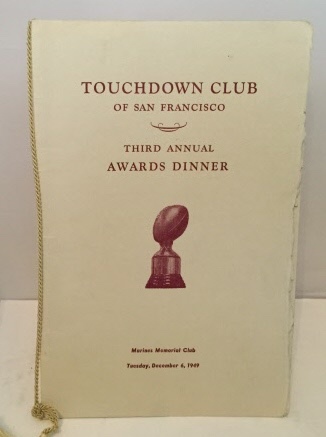 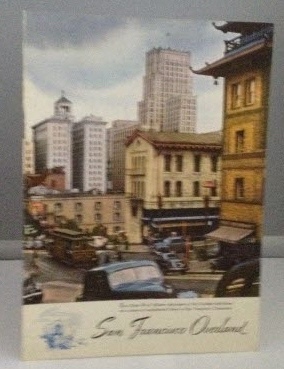 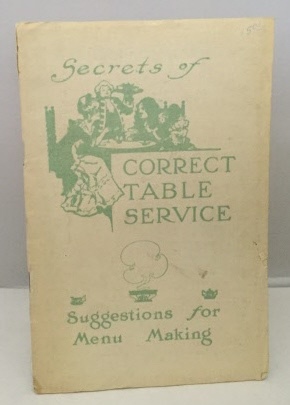 By: Egan, John (with A Foreword by Bob Pettit)