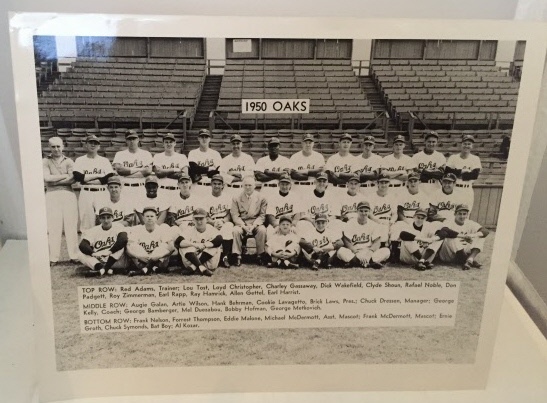 B&W Illustrations; 8" x10" photograph in Very Good+ condition. This is a team photo of the 1950 Oakland Oaks baseball team. The Oakland Oaks was part of the Pacific Coast League minor league baseball team. The photo is clean and bright, with no holes, chips, nicks, tears, etc. "Stengel's success with the Oaks did not go unnoticed, and he became manager of the Yankees in 1949. Stengel was replaced by Chuck Dressen, who led the Oaks to a second-place finish in 1949 and the PCL pennant in 1950. Again, the Oaks' manager's success resulted in a promotion to the major leagues, with Dressen hired to manage the Dodgers in 1951. Former New York Giants star Mel Ott was hired as his replacement. Ott led the Oaks to an 8088 record in 1951 (seventh place) and a 10476 mark in 1952 (second place). Augie Galan replaced Ott as the Oaks' skipper in 1953, and the team stumbled to a 77-103 record and seventh place in the PCL." 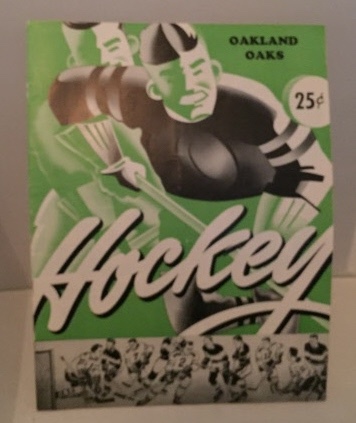 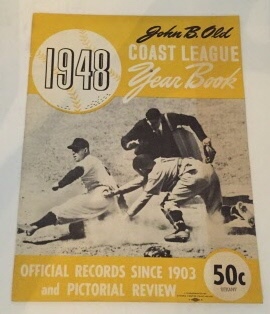 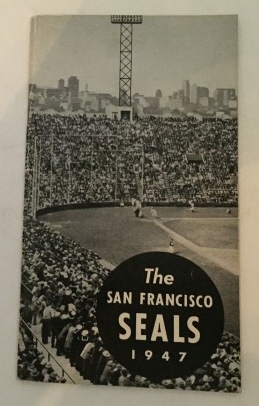