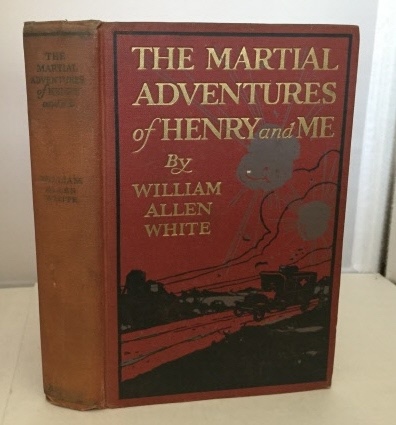 B&W Illustrations; This book is in Very Good+ condition and is lacking a dust jacket. The book and its contents are in generally clean, bright condition. The spine ends and corners of the book covers have some light bumping and rubbing. The spine of the book has noticeable fading. The text pages are clean and bright. The rear endpaper has noticeable toning and the front endpaper and front pastedown page has several spots of foxing. "The last quarter century of White's life was spent as an unofficial national spokesman for Middle America. This led President Franklin Roosevelt to ask White to help generate public support for the Allies before America's entry into World War II. In 1940 White was fundamental in the formation of the Committee to Defend America by Aiding the Allies, sometimes known as the White Committee. He had to fight the powerful America First faction, which believed, like most other Republicans, that the U. S. Should stay out of the war. White spent much of his last three years involved with this committee."

Title: The Martial Adventures Of Henry And Me