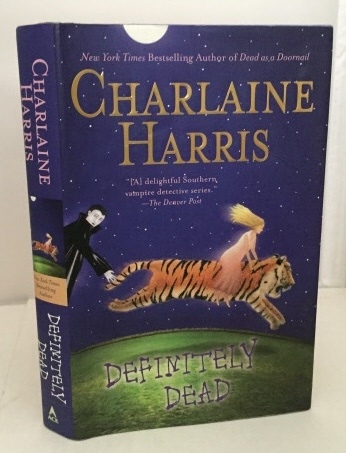 This book is in Fine condition and has a Fine dust jacket. The book and its contents are in clean, bright condition. The text pages are clean and bright. The dust jacket is crisp and clean. "Charlaine Harris Schulz (born November 25, 1951) is an American New York Times bestselling author who has been writing mysteries for thirty years. She was born and raised in the Mississippi River Delta area of the United States. She now lives in southern Arkansas with her husband and three children. Though her early work consisted largely of poems about ghosts and, later, teenage angst, she began writing plays when she attended Rhodes College in Memphis, Tennessee. She began to write books a few years later. Her later books have been in the urban fantasy genre. She is best known for The Southern Vampire Mysteries series, which HBO later adapted for its dramatic series entitled True Blood."