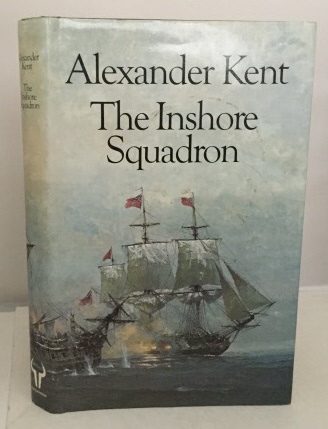 This book is in Near Fine condition and has a Fine dust jacket. The book and its contents are in clean, bright condition. The text pages are clean and bright. The dust jacket is crisp and clean. " Douglas Edward Reeman (15 October 1924 23 January 2017) , who also used the pseudonym Alexander Kent, was a British author who wote many historical novels about the Royal Navy, mainly set during either World War II or the Napoleonic Wars. He wrote a total of 68 novels, selling 34 million copies in twenty languages. Reeman was born in Thames Ditton, Surrey, son of Charles "Percy" and Ada Reeman. At the outbreak of the Second World War he joined the Royal Navy's boys' training establishment HMS Ganges. In 1940 Reeman was appointed Midshipman, at the age of 16. His initial service was in destroyers on convoy duty in the North Atlantic. During this time his ship was sunk and Reeman was injured by exploding depth charges. Later he transferred to Motor Torpedo Boats and subsequently was present at D-Day in a landing craft. It was then that he was badly injured when his landing craft was hit by shellfire. He finished the war in Kiel repairing damage to bring the port back into use, in the rank of Lieutenant. "