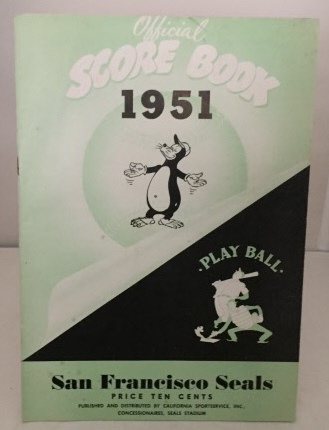 B&W Illustrations; SIGNED - This copy includes a laid-in signature of Yankee thirdbaseman Dr. Bobby Brown. This is an oversized booklet with illustrated covers and a stapled spine. The booklet is in Very Good+ condition and was issued without a dust jacket. The covers have some light ground-in dirt and a staple indentation to the top front panel. The text pages are clean and bright. The signature and inscription, along with a note detailing it's history is laid-in. This copy includes game statistics / score card filled out for a game against the Sacramento Solons (not sure of which date played) . "Along with the Los Angeles Angels, Portland Beavers, Oakland Oaks, Sacramento Solons, and Seattle Indians, the Seals were charter members of the Pacific Coast League, which was founded in 1903. The team played their home games at Recreation Park at Harrison and 8th Streets until it was destroyed in the 1906 earthquake. The mild climate of the west coast allowed the PCL to play a much longer season than the major leagues and the other eastern professional baseball leagues. Seasons often ran 200 games or more, especially in the early years." (from Wikipedia)

The Purple Dragon And Other Fantasies

A Dinner of Herbs Poems 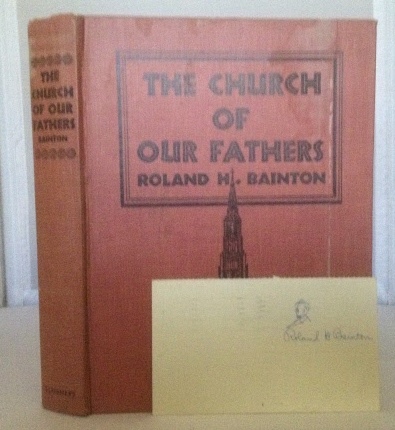 The Church of Our Fathers