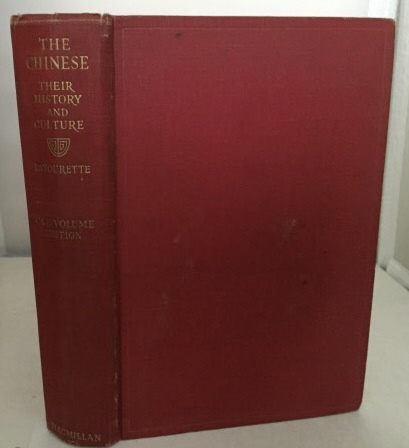 This book is in Very Good condition and is lacking a dust jacket. The book and its contents are in generally clean, bright condition. The spine ends and corners of the book covers have some light bumping, rubbing and edge wear. The text pages are generally clean and bright. "Kenneth Scott Latourette (August 6, 1884 – December 26, 1968) was an American historian of China, Japan, and world Christianity. His formative experiences as Christian missionary and educator in early 20th century China shaped his life's work. Although he did not learn the Chinese language, he became known for his magisterial scholarly surveys of the history of world Christianity, the history of China, and of American relations with East Asia. "

Title: The Chinese Their History and Culture (One Volume Edition)