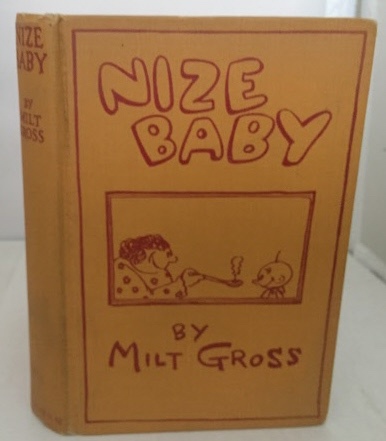 B&W Illustrations; This book is in Near Fine condition and is lacking a dust jacket. The book and its contents are in mostly clean, bright condition. The spine ends and corners of the book covers have some beginning bumping and rubbing. The text pages are clean and bright. "Milt Gross (March 4, 1895 – November 29, 1953) was an American cartoonist and animator. His work is noted for its exaggerated cartoon style and Yiddish-inflected English dialogue. He originated the non-sequitur "Banana Oil!" as a phrase deflating pomposity and posing. His character Count Screwloose's admonition, "Iggy, keep an eye on me!", became a national catchphrase. The National Cartoonists Society fund to aid indigent cartoonists and their families for many years was known as the Milt Gross Fund. In 2005, it was absorbed by the Society's Foundation, which continues the charitable work of the Fund. "

By: Glimcher, Arnold B.