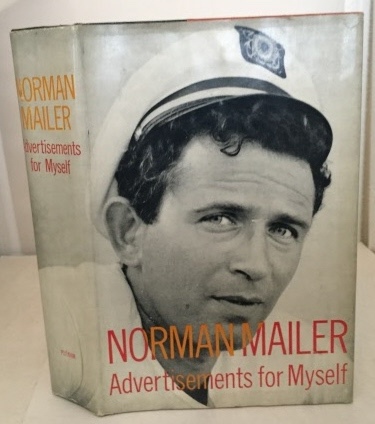 This book is in Very Good+ condition and has a Very Good+ dust jacket. The book and its contents are in generally clean, bright condition. The text pages are clean and bright. The dust jacket is generally clean and bright, but does have several small spots of ground-in dirt . The edges of the text block have some foxing and ground-in dirt. "Norman Kingsley Mailer (January 31, 1923 November 10, 2007) was an American novelist, journalist, essayist, playwright, film-maker, actor, and liberal political activist. His novel The Naked and the Dead was published in 1948 and brought him renown. His 1968 nonfiction novel Armies of the Night won the Pulitzer Prize for non-fiction as well as the National Book Award. His best-known work is widely considered to be The Executioner's Song, the 1979 winner of the Pulitzer Prize for fiction. In over six decades of work, Mailer had eleven best selling books in each of the seven decades after World War II more than any other post-war American writer. " (from Wikipedia)

Title: Advertisements For Myself