Cover Art; This edition is limited to 2000 copies (1952 copies according to the Arkham House Companion). This book is in Fine condition and has a Near Fine dust jacket. The book is clean and bright. The text pages are clean and bright. The dust jacket has some very beginning toning to the top edges of the front and rear flaps. There are two tiny strips of ground-in dirt to the rear panel. Stories included are: Strange Tales of Santo Domingo, A Broken Lamp-Chimney, Desert of the Dead, Daylight Shadows, The Sorrowful Sisterhood, The Phantom Chibo, Faces, Three Coffins, When the Graves Were Opened, Vale of the Corbies, Voodoo, Luisma's Return, Thus Spake the Prophetess, Black Medicine, Bells of Oceana, The Ghosts of Steamboat Coulee, and, Guatemozin the Visitant. "He became one of the "million-word-a-year" men in the pulp magazines by virtue of his tremendous output. He wrote in the neighborhood of 800 stories for the pulps. He was well known for being able to take any household object that someone would suggest to him on a dare, and instantly generate a plot based around it. His byline was commonplace on pulp covers. He wrote primarily in the genres of aviation, detective, adventure, sports (primarily boxing) , and weird menace. Two genres he was not to be found in were love and westerns. He wrote several series for the pulps, including the Kid Friel boxing stories in Gangster Stories, and the Dorus Noel undercover-detective stories for All Detective Magazine, set in Manhattan's Chinatown. The pressure of producing so much fiction caused him to ease off in the late-1930s. He returned to active duty as the U. S. Entered World War II and eventually retired with the rank of lieutenant colonel. Burks moved to Paradise in Lancaster County, Pennsylvania in 1948, where he continued to write until his death in 1974. Throughout the 1960s, he wrote many works on metaphysics and the paranormal. In his later years, he lectured on paranormal activities and gave readings." (from Wikipedia)

The Hole In The Dike

Thirty Years Of Arkham House 1939-1969 A History and Bibliography

By: Derleth, August (Prepared by) 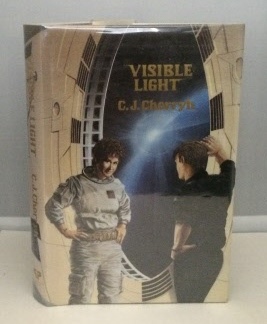 By: The Empress Hotel, British Columbia

The Chronicles Of Solar Pons

By: Costain, Thomas B. (Bertram)