Baha 'u' Llah And His Message

C1924 (dated to 1924 by the folded catalogue of titles that has been laid-in). This is a small format paperback book with cardstock covers and a stapled spine. The book is an early American imprint of the Baha'i Publishing Committee. The booklet is in Very Good+ condition and was issued without a dust jacket. The book and its contents are in generally clean, bright condition. The covers have some patches of toning / darkening. The text pages are clean and bright. "John Ebenezer Esslemont M. B. , Ch. B. (1874 – 1925) , was a prominent British Bahá'í from Scotland who was posthumously named a Hand of the Cause of God, as well as one of the Disciples of `Abdu'l-Bahá, by Shoghi Effendi. He was the author of one of the foremost introductory texts on the Baha’i Faith (Baha’u’llah and the New Era) and worked as a translator of Baha’i texts near the end of his life. In addition to his work for the Baha’i Faith, Esslemont was an accomplished physician, as well as a linguist, proficient in English, French, Spanish, German, Esperanto, and later Persian and Arabic. Dr. Esslemont died of Tuberculosis in Palestine in 1925. " (from Wikipedia)

Title: Baha 'u' Llah And His Message 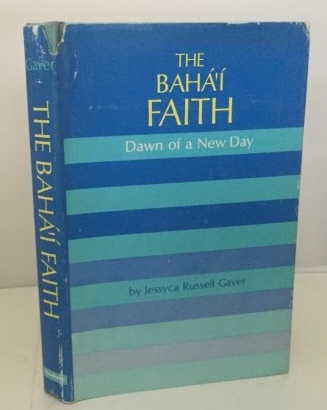 The Baha'i Faith Dawn of a New Day

Baha 'u' Llah And His Message