Color Photographs; This is an Oversized paperback book (approximately 14" tall by 8 1/2" wide). #EP-100. This folio sized book gives an overview, with photographs of the Apollo space missions. The book is in Very Good+ condition and was issued without a dust jacket. There is one crease to the rear cover of the book. The text pages are clean and bright. "The Apollo program, also known as Project Apollo, was the third United States human spaceflight program carried out by the National Aeronautics and Space Administration (NASA) , which accomplished landing the first humans on the Moon from 1969 to 1972. First conceived during Dwight D. Eisenhower's administration as a three-man spacecraft to follow the one-man Project Mercury which put the first Americans in space, Apollo was later dedicated to President John F. Kennedy's national goal of "landing a man on the Moon and returning him safely to the Earth" by the end of the 1960s, which he proposed in an address to Congress on May 25, 1961." 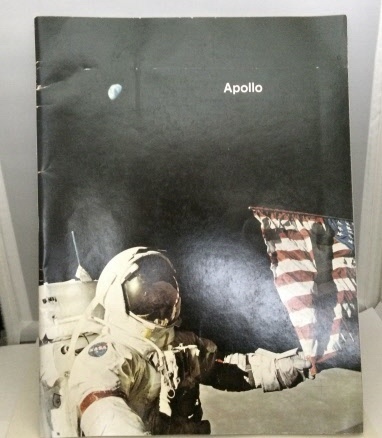 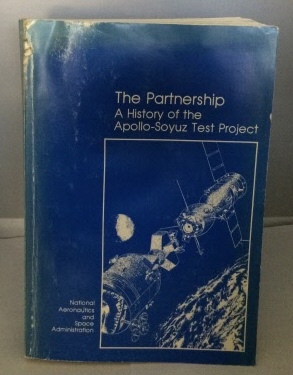 The Partnership A History of the Apollo-Soyuz Test Project 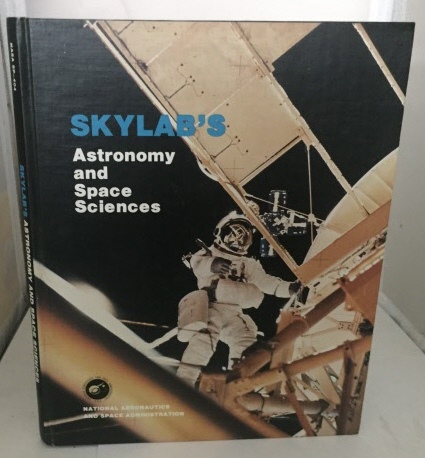 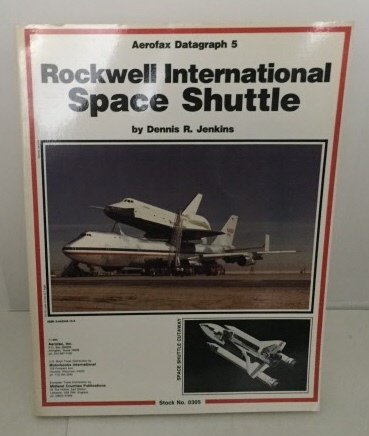