A Sailor Boy with Dewey or Afloat in the Philippines

This book is in Very Good+ condition and was likely issued without a dust jacket. The book and its contents are in mostly clean, bright condition. There is some light rubbing and beginning fraying to the spine ends and corners. The spine of the book has some sunning / toning. The text pages are clean and bright. Another series in the Stratemeyer syndicate. "Edward L. Stratemeyer (October 4, 1862 – May 10, 1930) was an American publisher and writer of children's fiction. He was one of the most prolific writers in the world, producing in excess of 1,300 books himself, selling in excess of 500 million copies. He also created many well-known fictional book series for juveniles, including The Rover Boys, The Bobbsey Twins, Tom Swift, The Hardy Boys, and Nancy Drew series, many of which sold millions of copies and are still in publication today. On Stratemeyer's legacy, Fortune wrote: "As oil had its Rockefeller, literature had its Stratemeyer." " (from Wikipedia)

Title: A Sailor Boy with Dewey or Afloat in the Philippines 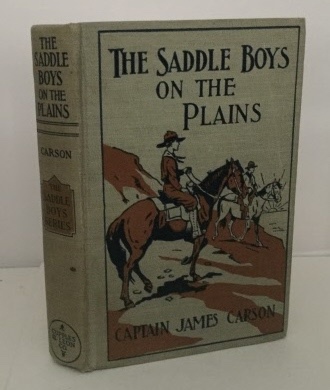 The Saddle Boys on the Plains

The Saddle Boys of the Rockies 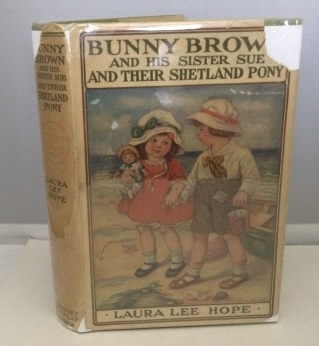 Bunny Brown and his Sister Sue and their Shetland Pony 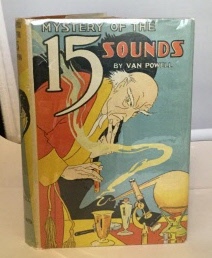 Mystery Of The 15 Sounds (Mystery of the Fifteen Sounds)

The Rover Boys In Southern Waters

A Sailor Boy with Dewey or Afloat in the Philippines