By: Weiner, Ellis (Novelized by) (Based On A Screenplay by Willard Huyck & Gloria Katz)

This is a mass market paperback book. The book is in Near Fine condition. The book and its contents are in clean, bright condition. There is a tiny bit of rubbing to the spine ends. The text pages are clean and bright. "Howard the Duck is a 1986 American science fiction comedy film directed by Willard Huyck and starring Lea Thompson, Jeffrey Jones, and Tim Robbins. Based on the Marvel comic book of the same name, the film was produced by Gloria Katz and written by Huyck and Katz, with George Lucas as executive producer. The screenplay was originally intended to be an animated film, but the film adaptation became live-action because of a contractual obligation. Although several TV adaptations of Marvel characters had aired during the preceding 21 years, this was the first theatrically released feature film, coming after the serial Captain America. " (from Wikipedia)

Author Name: Weiner, Ellis (Novelized by) (Based On A Screenplay by Willard Huyck & Gloria Katz) 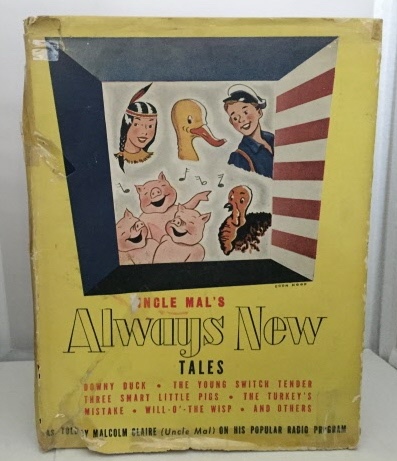 Uncle Mal's Always New Tales Including the Tales: the King of the Golden River, Will-O-The Wisp, Downy Duck, and More

A Gent From Bear Creek

By: (Illustrated by Howard Pyle)