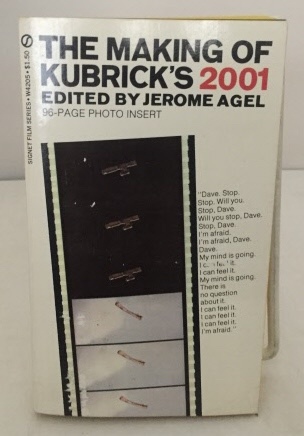 B&W Illustrations; This is a mass market paperback book. The book is in Very Good+ condition and was issued without a dust jacket. The book and its contents are in mostly clean, bright condition. There is some beginning bumping and rubbing to the spine ends. The text pages are cleanand bright. "2001: A Space Odyssey was financed and distributed by American studio Metro-Goldwyn-Mayer, but filmed and edited almost entirely in England, where Kubrick lived, using the facilities of MGM-British Studios and Shepperton Studios. Production was subcontracted to Kubrick's production company, and care...
View More...