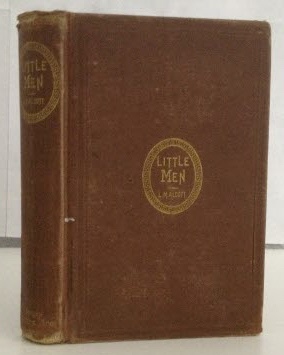 By: Alcott, Louisa May

B&W Illustrations; This is a 1st edition, later state copy. [4] pp. adv., [2], 376 pp. The last ad features Pink and White Tyranny by Harriet Beecher Stowe as currently available (not forthcoming). This book is in Very Good condition. The brown cloth covers have gilt lettering and decorations to the front cover and spine. The edges have rubbing, wear, fraying and chips missing. There is some ground-in dirt and one spot of white paint to the covers. The text pages are clean and bright. The first signature is very loose and the front endpaper has been excised. Included in the text are three ful...
View More...

By: Austen, Jane (with An Introduction by Peter Conrad)

This book is in Fine condition and has a Fine dust jacket. The book and its contents are in clean, bright condition. The text pages are clean and bright. The dust jacket is crisp and clean. "Jane Austen (16 December 1775 18 July 1817) was an English novelist known primarily for her six major novels, which interpret, critique and comment upon the British landed gentry at the end of the 18th century. Austen's plots often explore the dependence of women on marriage in the pursuit of favourable social standing and economic security. Her works critique the novels of sensibility of the second h...
View More...

The Most Pleasant And Delectable Questions Of Love

B&W Illustrations; This book is in Very Good+ condition and has a Good dust jacket. The book and its contents are in clean, bright condition. There is some light bumping and rubbing to the spine ends and corners of the book covers. The text pages are clean and bright. The dust jacket has edge tears, nicks, chips and generalized rubbing. "Giovanni Boccaccio (16 June 1313 21 December 1375) was an Italian writer, poet, correspondent of Petrarch, and an important Renaissance humanist. Boccaccio wrote a number of notable works, including The Decameron and On Famous Women. He wrote his imaginat...
View More...

The Satires Of Juvenal, Persius, Sulpicia, And Lucilius

By: Evans, The Rev. Lewis (M. A. ) Metrical Version by William Gifford)

This book is in Very Good- condition and is lacking a dust jacket. The book and its contents are in generally clean condition. The spine ends and corners of the book covers have edge wear, rubbing, and spots of fraying and chipping. The top spine end has lost about half an inch worth fo the cloth. All of the cloth covers have fading and sunning. The text pages are generally clean, though there are spots of noticeable foxing throughout. There is a previous owner's ink stamped name on the first free page. "Juvenal is credited with sixteen known poems divided among five books; all are in the ...
View More...

The History Of Tom Jones A Foundling

B&W Illustrations; This copy is lacking the scarce slipcase. The book is in Very Good+ condition and is lacking a dust jacket. The book and its contents are in mostly clean, bright condition. The spine ends and corners of the book covers have some light bumping, ubbing and beginning fraying. The spine and front cover have gilt lettering and decorations. The text pages are clean and bright. The foredge and bottom edge of the text block are uncut. There is a previous owner's bookplate on the front endpaper (Nicholas O. Broughton) . Illustrated with 20 black and white plates by G. Spenser Pryse. ...
View More... 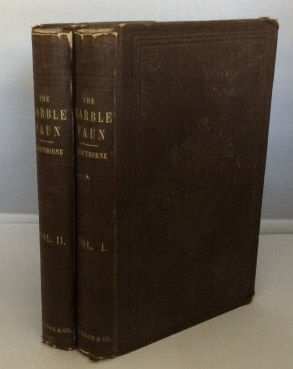 The Marble Faun Or the Romance of Monte Beni

Two volume set. First Edition, 2nd State with the conclusion in Volume 2 and a 16 page catalogue dated March 1860. These books are in Very Good condition. The books and their contents are in generally clean, bright condition. Thre is edge wear, chipping and fraying to the spine ends and corners of the book covers. The text pages are clean and bright. There is a previous owner's name plate on the front pastedown page of both volumes. "Much of Hawthorne's writing centers on New England, many works featuring moral allegories with a Puritan inspiration. His fiction works are considered part of...
View More...